I awakened to the obnoxious beep of my alarm clock instead of the usual cheery wake-up song. I could tell it was an odd morning. Not only was my alarm clock beeping, but I also couldn’t hear the customary sound of my sister playing piano in the other room. I stumbled out of my bedroom and glanced in the direction of the piano. It was gone. Panicked, I inspected where the piano had stood and found not a single music book laying around. I dashed back to my bedroom and discovered that my guitar was gone and my CD’s were missing.

I ran upstairs and found my mom in the kitchen. “Mom! There was a music thief in our house!”

She stared at me blankly. “What?”

“A music thief! He stole the piano and my guitar and the songbooks and–and–we’ve got to call the police!” I exclaimed.

“Alli, maybe you should go back to bed. There was no thief in our house, and I don’t even know what music is or piano or guitar. You need more sleep.”

“What do you mean you don’t know what music is? We had a piano downstairs, and I had a guitar in my room, and–Oh, I almost forgot!–I have a guitar lesson today, and I don’t even have my guitar.”

“Guitar lesson? What’s that?” she queried with a concerned look on her face. ”Alli, I think you need to go back to bed. You aren’t making any sense.”

I was convinced there had not only been a music thief in the house but also a brain thief. I ran to the living room where I found my dad watching TV.

“Dad, the piano, guitar, songbooks, and everything musical is gone.”

He gave me a puzzled look, “Well, I’ve never heard of those things before, so they must not be too important. Probably time we got rid of them anyway.”

I was not in the mood for a joke. “Oh, don’t tell me the thief took your brain too,” I muttered under my breath.

“Come on, Dad, is this some big joke or something? Where’s the piano?”

He chuckled and said, “Honey, I’ve never heard of a piano before in my life, so I can’t tell you where it is. Why don’t you go back to bed? I think you need some more sleep.”

This was pathetic. I went on a search for my older sister, Kara. I knew she would have an answer for me. “Kara, do you know where the piano is?”

“The piano,” I said emphatically.

“Huh? What’s a piano?” she asked, giving me a puzzled look.

I stared back at her. She was an amazing pianist. She played piano for hours each day. But this was no joke! She was being serious.

“Alli,” she stopped and looked me in the eyes. “I think you should get out of the house. I’m about to head out shopping. Why don’t you join me?”

“Maybe I do need to get out. Are you shopping for a dress for your recital?”

“Never mind,” I replied as I went to grab a snack and hurriedly got ready to leave.

We had almost reached the store when I realized that Kara didn’t have the radio on like normal. “Kara, it is not like you to be driving somewhere without music,” I teased.

“Huh?” she said, giving me that puzzled look again.

Had everyone else lost their minds, or was I going crazy? I wasn’t sure, but I definitely needed to hear some music. I turned on the radio. No music. I switched through all the stations. No music. “There’s nothing but talk shows on here,” I complained.

I stared at her, then the radio. Something was seriously wrong. When we finally arrived at the store, I leaped out of the car and bolted inside. Just as I had feared, no music was playing. I asked an employee, “Do you know what music is?”

After some thought the lady replied, “No, I’m sorry, but I don’t believe we have that here.”

“Well, have you at least heard of music?” I pleaded.

Describe music? Was this lady crazy? “Well,” I began, “music is made with instruments and it sounds really cool. There are lots of different styles of music and lots of different instruments. Music is something you can dance to and sing along with. Music can be happy or sad or loud or quiet and–and–” I was running out of descriptions, “it’s an art.”

“Hmm. That sounds really amazing. I wonder why I’ve never heard of that before,” the lady said.

By then, Kara had entered the store, and I needed some fresh air. “Kara, I’m going to stay outside.”

“Okay,”she said, looking about as puzzled as I felt, but there’s no way that was possible.

I sat down outside the building, pulled out my phone, and scoured the internet for any trace of music. Nothing. I searched for my favorite songs. Nothing. Music didn’t exist.

I had never felt so frustrated and confused in my life. I needed to hear something besides voices and beeps and car noises. I needed to hear music. I tried to sing a song, but I couldn’t sing. I tried to clap my hands, but I couldn’t keep a rhythm. I tried to imagine living the rest of my life in a world without music. What would my life be like without playing my guitar or listening to my sister’s elegant piano pieces or hearing my mom’s cheerful humming in the kitchen? What would movies be like without the music? What would football games be like without the bands? The more I thought about music, the more I realized how special and important it was and how much I had taken it for granted.

Suddenly, I heard the distant sound of a song playing. I opened my eyes and found myself staring at my alarm clock. I closed my eyes, and then I opened them again. Yes, it was playing my wake-up song.  I leaped out of bed and started to sing. I glanced around the room. Sure enough, my guitar was in the corner by my CD’s. I walked into the other room where Kara was playing one of her stunning piano pieces. “Sounds beautiful as always, Kara!” I called over my shoulder.

I dashed upstairs and stood in the kitchen reveling in the sound of my mom humming. “Good morning, Alli,” she greeted me.

“Good morning, Mom. I have a guitar lesson today, right? I asked.

“Okay, good, just checking,” I said and then I began to chuckle. Mom looked at me quizzically. “What’s so funny?”

“Oh, nothing. I just had the craziest dream last night. That’s all.”

2 thoughts on “A World Without Music (Short Story)” 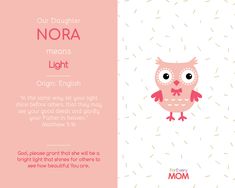 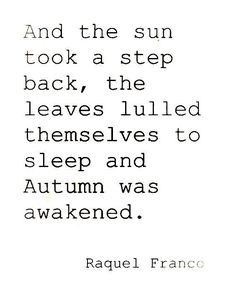 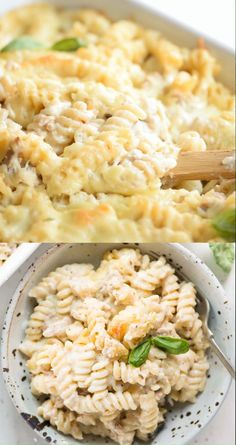