For weeks my sister had been sharing her idea to go to a nursing home and visit the elderly there.

I had the same idea when I was her age, but now that I have my license and could actually do something like that, anxiety gripped me.

I had tentatively agreed to go this afternoon, but when she came to ask if I was ready to go, I totally froze, “Um…I don’t know…like…what will we do? I don’t know what to do.”

I sounded like a kid as I came up with all my excuses and ran back to my comfort zone. My sister didn’t push it. Instead, she walked down the street to visit with an elderly couple that my family has befriended. They weren’t home. So she came back. Still she didn’t push it.

Meanwhile, I retreated downstairs and sat on the couch, my mind running through all my excuses.

What you don’t know (and what my sister didn’t know either) is that I had just been reading The Secret Battle of Ideas about God  by Jeff Meyers (Great book, by the way!). And the chapter had been about how Jesus restores our hope even when we’re surrounded by the darkest of circumstances. This quote in particular had struck me,

We stop being fragile, said Taleb, by growing through instability, thriving through disorder, loving mistakes, and enjoying uncertainty…Resilient people spring back to their shape after distress. They don’t avoid risk; they embrace it. Resilient people push forward when they’re tempted to pull back. Jesus didn’t call his followers to avoid risk; he called them to be resilient. Among his last words before going to the cross was a prayer for his disciples: “I do not ask that you take them out of the world, but that you keep them from the evil one.” (John 17:15) It’s not that resilient people live carelessly; it’s that they don’t let fear or regret bind them. ( The Secret Battle of Ideas about God  by Jeff Meyers page 178)

“How in the world am I supposed to do that?” I exclaimed into the air. Just a few minutes later is when my sister came to me. This was part of the answer to my question, but I wasn’t jumping on this simple opportunity. Instead, I was huddled on the couch not wanting to do something that I didn’t have any legitimate reasons not to do.

What’s the worse thing that could happen? I asked myself, a manager could tell us they don’t allow visitors like that, and then we’d leave. I’d probably never see that manager again. Or if I did, it would just be walking past each other at Walmart. What’s so scary about that?”

But in my mind I could envision myself standing in a bleak room with my sister, and having an anxiety attack (not that I normally have those).

But, you know what? God really is greater than our weaknesses.

As I sat on that comfy couch, I knew I had to make a decision. And even though it wasn’t the decision of a lifetime, I felt like it was something that mattered.

Today was day one. And today I was not going to let fear win.

I quickly changed into something a bit nicer than my causal sweatshirt, grabbed my purse, stomped up the steps, and told my sister, “I’ll take you, but we better leave soon before I change my mind.” I was sort of joking about the changing my mind part, but sort of not.

We ended up going to an assisted living retirement home, because in my mind’s eye that was the place she had been wanting to visit. Silly me, she had actually wanted to go to the nursing home. But we both figured this place was as good as any.

Yes, I did feel nervousness as I sat and waited for the employee to talk to the nurse and see if this sort of thing was allowed. Apparently, people don’t normally visit assisted living homes without being with an organization. But in a matter of minutes we were being escorted down the hallways by a kind receptionist.

Then we were led by a gentleman to an elderly woman named Faye. Miss Faye had dementia and was convinced she was going home soon. I don’t know how many visitors she normally has, but she told us that seeing us today made today “a good day.” She is a Christian, and we got to pray with her and also read her Psalm 23.

My sister being more tenderhearted than I, ended up tearing up almost the entire time we visited with the elderly ladies. And do you know what happened?

I did the talking.

WHAT?!? If you would have told me this when I was wrestling with my insecurity huddled on the couch in my basement, I would have laughed.

Yep. I was striking up conversations, and even got to pray with another sweet soul there, who when we were going to leave asked us to pray with her again. She told us, “I didn’t have any girls. When I was pregnant with each of my children, I would pray, ‘God if it’s your will, can this be a girl?'” And then she shared how blessed she was by us coming today. Okay, so I almost teared up at that point.

When we left, the receptionist thanked us and asked us to come back often. She shared how much she’s been touched by these elderly people in just the short amount of time she’s worked there.

As we were driving home, guess who said, “What do you think about making it a habit of coming back here on Sundays?”

By this point in the story, I bet you know who.

And my sister agreed.

God didn’t force me do this today. The Holy Spirit was getting at my heart and prompting me to say yes, helping me to overcome my fear. I could have chosen to stay back, but I would have never known what I’d missed.

By the grace of God I did something that stretched me. It might not sound like something that took a lot of faith, but for each of us there are things that take us out of our comfort zone, and that can be harder than others would think.

What’s something that you’re scared to do, but you know it would be a good thing to do?

I hope this story encourages you to step out and just do it.

You never know what blessing is lying on the other side of stepping out of your comfort zone.

:Let’s do the right thing, even when it scares us.

It’s that kind of faith that moves mountains.

All for the glory of God. 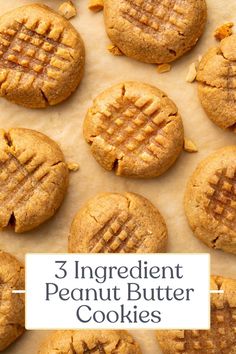 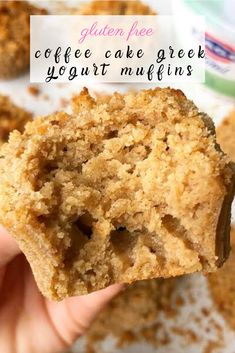